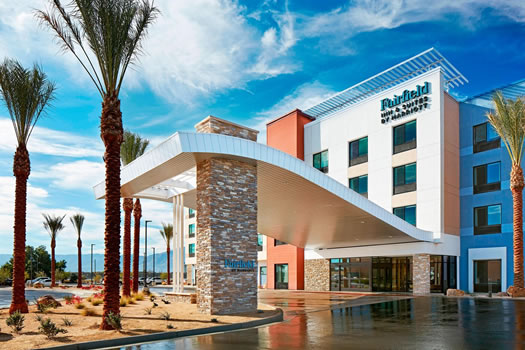 Productions also love the free hot breakfast buffet, providing fresh and healthy choices, and free wifi. At the end of a long day on set, soak up the sun at our shimmering outdoor pool and much more. Call the GPS Film Office for assistance at (760) 861-1182 or Eric Garner for bookings (760) 775-0093.

* Self-serve buffet services and other shared spaces and amenities may be restricted based on local health, state and federal CDC guidelines due to COVID-19 compliance.